The Future of Florida Black Bears

As a wildlife photographer, I’ve enjoyed several trips to northern Minnesota to photograph black bears foraging for food, playing, and communicating with their cubs. I love these large mammals; I admire their strength and respect their resourcefulness. When I listen to the low grunt of a mother bear calling her cubs, I’m reminded of a quote by Thoreau: “In wildness is the preservation of the world.”  I’m grateful to live in Florida, a state that gives bears room to roam; black bears need large and interconnected spaces. The habitat of black bears is diminishing due to development. 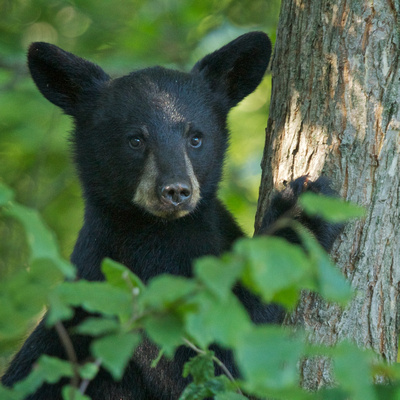 Today, Floridians must ask ourselves if we’ll be able to restore, connect and protect native habitat for wildlife in the future. Black bears represent a Florida conservation success story. Because the black bear population declined dramatically to a few hundred by 1974, the Florida black bear was listed as threatened, and the bear hunting season closed. According to a 2002 survey, about 2,500-3,000 bears now inhabit Florida, so the black bear is no longer a “threatened species.” Look for an updated bear population survey in Fall 2016. 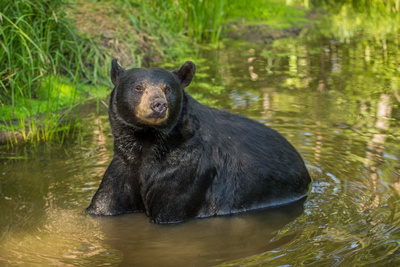 Bears mate between June and August. If a sow has eaten enough, she births two-to-five cubs in the winter, and remains in the den for several months. Cubs stay with their mother for about two years, nursing and learning to forage. Black bears are omnivorous, with 95 percent of their diet from vegetation, honey, unsecured garbage and 5 percent from insects, rabbits and fish. Cubs climb trees to explore their world. They play on limbs, lick leaves, scratch bark for insects and nap in trees. Like us, in the heat of the day, bears like to cool off in water. Driven by the need to feed, and a snout that smells food a mile away, bears gravitate to game-feeding stations, unsecured garbage, bird feeders, beehives, compost piles and outside pet food. 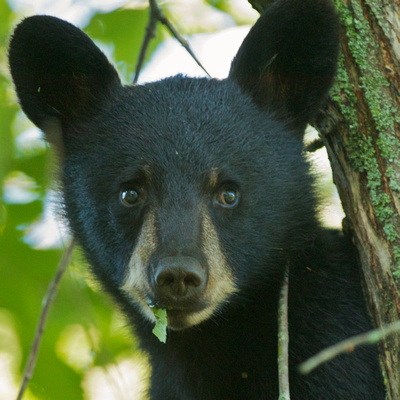 “A fed bear is a dead bear,” warns David Telesco, coordinator of the Bear Management Program for the Florida Fish and Wildlife Conservation Commission (FFWCC). Bears who associate humans with food lose their natural fear of us and are often killed by vehicle collisions or guns. The FFWCC may remove the 20-year ban on bear hunting at its June 24 meeting. Hunting won’t address recurring conflicts between humans and bears. Allowing hunters to bait bears with food will help hunters lure bears, but will also increase human/bear conflicts. After using bear-proof garbage cans for a year, 95 percent of Glenwood residents reported fewer human/bear conflicts. 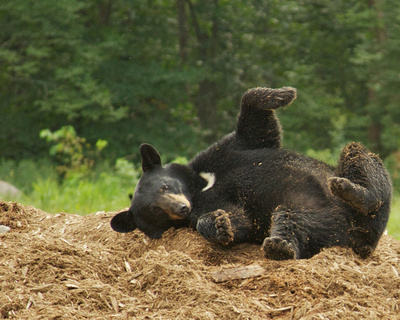 Education is key to coexisting with these adaptable, intelligent creatures, who would rather scramble up a tree than face a person. Unlike grizzly bears, black bears in Florida are rarely aggressive. No one has ever been killed in Florida by a bear. If you care about bears, visit myfwc.com to express your opinion on bear management, or attend the FFWCC meeting to decide the future of Florida bears on June 24 at the Hyatt Regency Hotel in Sarasota.