We are One: Polar Bears, Penguins and Plovers 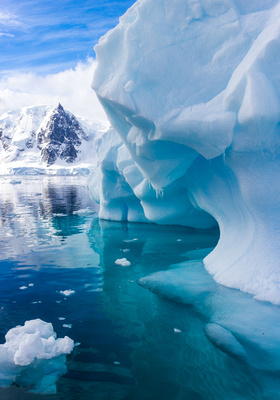 Climate change affects biodiversity. Species such as the polar bear in the Arctic, the Adelie Penguin in Antarctica, and the snowy plover in Florida, share a similar challenge: Their ecosystems are threatened by climate change. 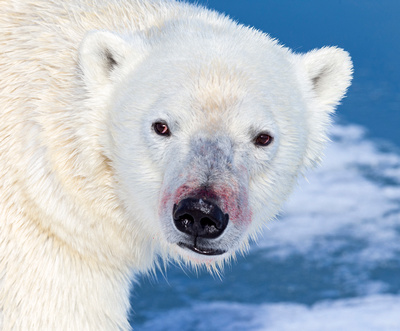 Polar Bears on the Brink

About 20,000 polar bears live in five countries in the Arctic circle:  U.S. (Alaska), Canada, Norway, Russia, and Greenland. Bears travel great distances between their winter and summer habitats, crossing country borders. We share two polar bear populations: one with Russia, and one with Canada. 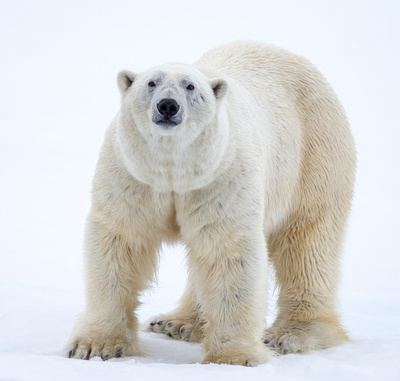 Massive male polar bear with scars on face from fights

These huge carnivores (males can reach 1,500 pounds and measure eight to nine feet from nose to tail), are well adapted to a polar marine environment. White hair provides camouflage, while large paws enable careful treading on slippery ice, and fast swimming. Female paws carry scent on the ice so males can locate them during mating season. A polar bear’s acute sense of smell can track a scent twenty miles away. 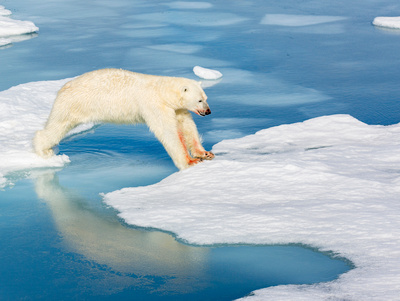 Polar bears rely on sea ice for hunting, denning, and breeding. Due to climate change, their prime habitat is melting three weeks earlier and reforming three weeks later. Melting sea ice brings fewer ringed seals and less meat for bears. Thus, female bears are not eating as much and have fewer or no cubs. One-third to half of cubs die in their first year. 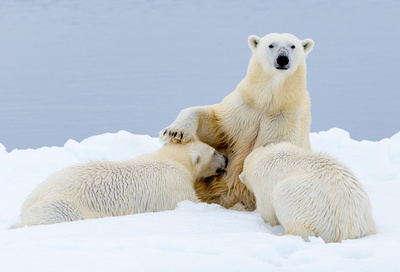 Female bear nursing 18 month old cubs. The female stays with her cubs for over 2 years. 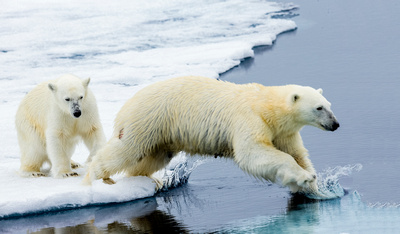 5Mom leaping into water with cub behind

Cubs follow mother as she jumps into the sea.

Polar bears are threatened, yet harvested at an unsustainable rate: about 1,000 polar bears a year are killed. Although the Arctic glaciers are melting faster than any place on earth, excessive hunting of a declining population may push our white bear into extinction. 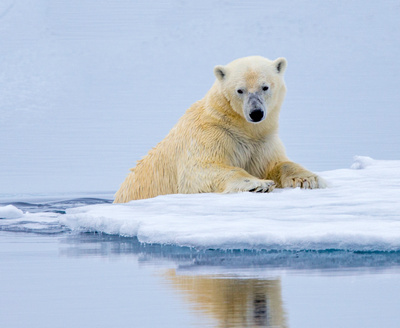 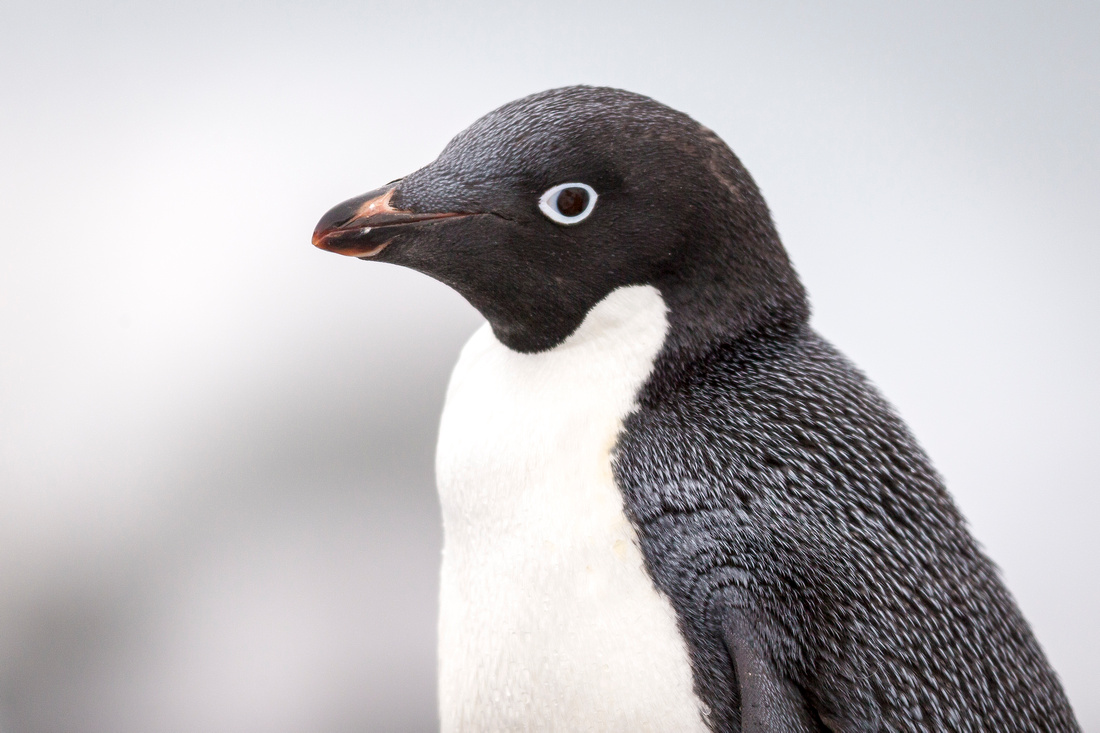 On the bottom of the globe, the habitat of Adelie penguins is losing 250 billion tons of ice a year, as glaciers melt and sea ice disappears.  The loss of winter sea ice diminishes penguin’s major food supply, Antarctic krill. The Adelie penguin needs sea ice to rest on, but not to nest on. 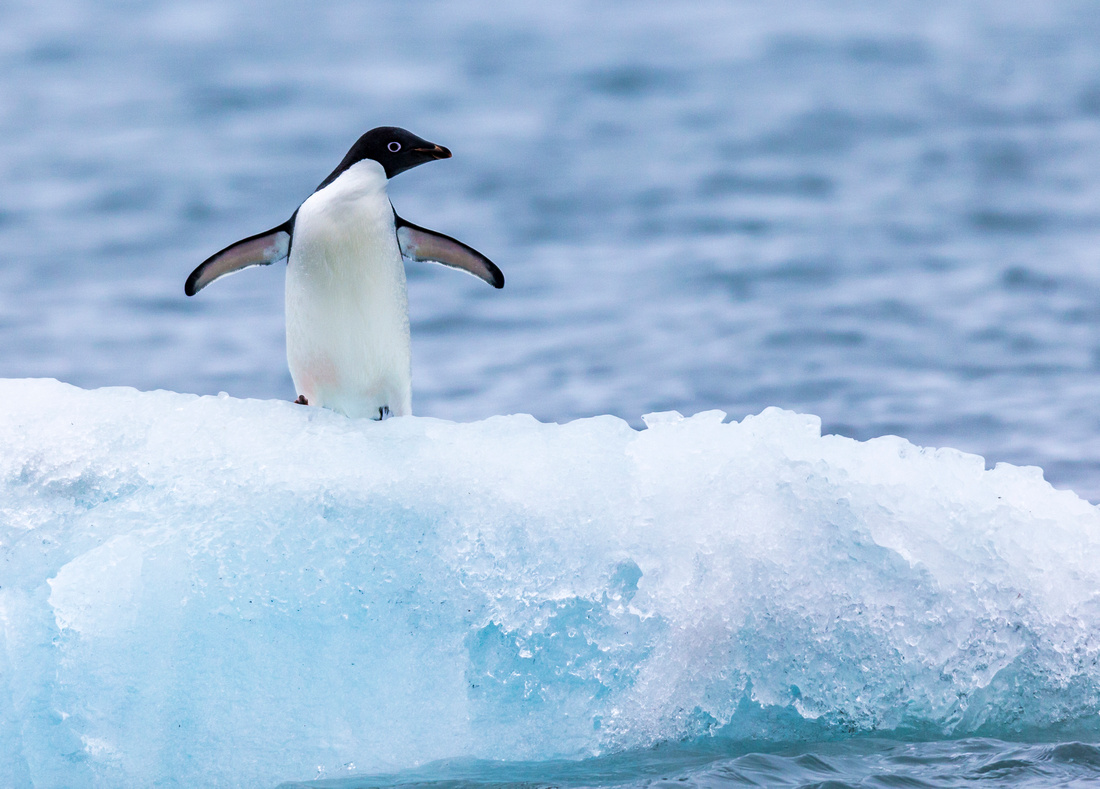 These flightless birds build nests out of pebbles and need a shoreline free of ice and snow. Because warmer temperatures allow the air to carry more moisture, snowfall has increased, leaving little snow-free ground for nests. Thus, Adelie penguin populations are declining. 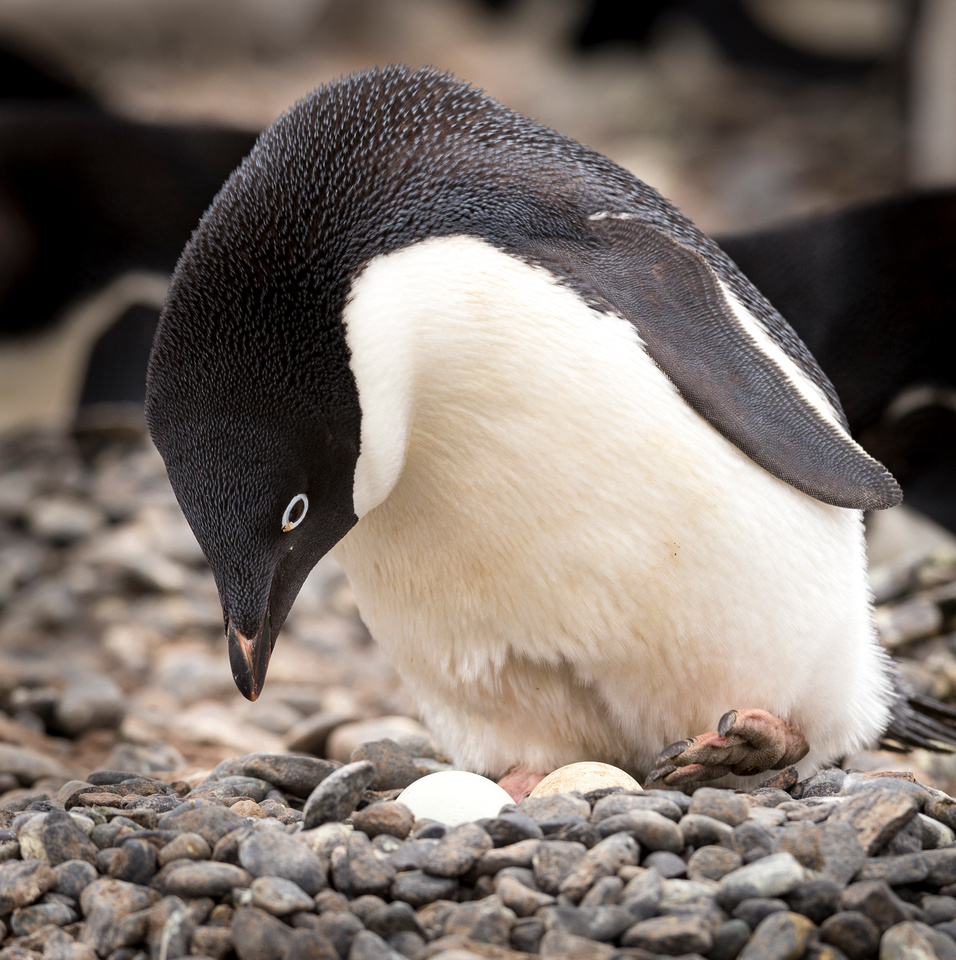 An Adelie Penguin checks her egg and re-positions them on her pebble nest.

The Snowy Plover in Florida 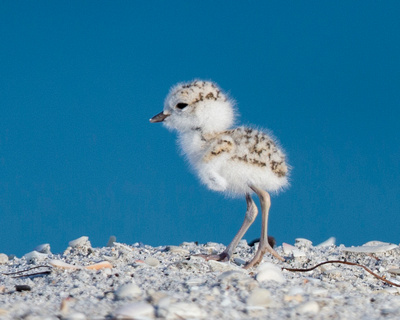 This dainty waif of a shorebird (about six inches long) blends into the sand and disappears from sight as it dashes along the wrack line, eating tiny invertebrates. Like other state-threatened shorebirds, the snowy plover nests in small scrapes in the sand, usually on open beaches. Florida has about 200-250 breeding snowy plover breeding pairs. 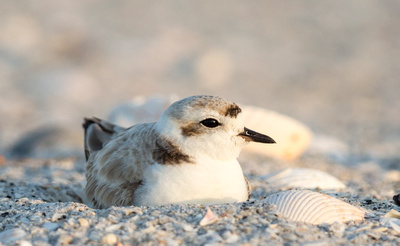 This optimistic species regularly loses its eggs to predators, human disturbance and flooding, but most birds attempt to re-nest. Bird Stewards rope off areas and educate beach goers about these adorable creatures. Snowy plovers’ habitat is threatened due to sea-level rise, beach raking, and storms. 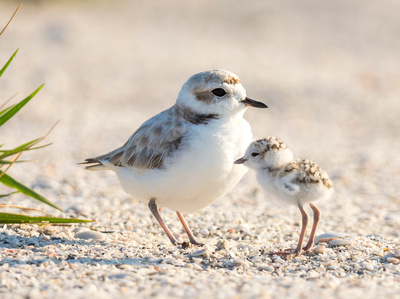 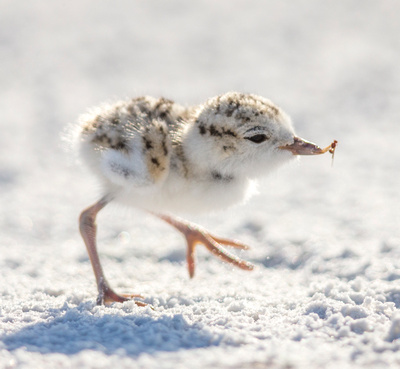 Climate change affects polar bears, penguins, plovers, and us. We are connected. As John Muir said, “When one tugs at a single thing in nature, he finds it attached to the rest of the world.” 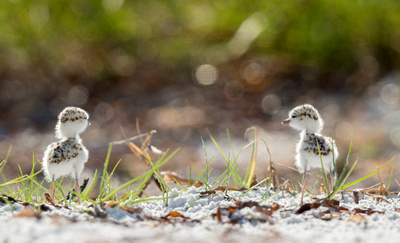