"There’s a bobcat sleeping on my pontoon boat,” my neighbor said. The Florida wild bobcat or Felidae rufus Floridanus, is not afraid of the water, since it can swim and climb dock posts, as well as trees. My neighbors had rats in their boat until the bobcat visited. Bobcats sometimes get wet catching prey, like the bobcat who caught a shark off the shore of Sebastian Inlet State Park earlier this year. Typically, though, these patient stalkers eat rats, squirrels, opossums, small raccoons, rabbits, insects and sometimes ground-dwelling birds. Bobcats hunt by sight, usually at dawn or dusk, with vision that is six times better than ours. They are not dangerous to people or pets, and are ecologically useful, controlling pest populations of rodents. Bobcats have sharp claws and teeth, and they do not make good pets. 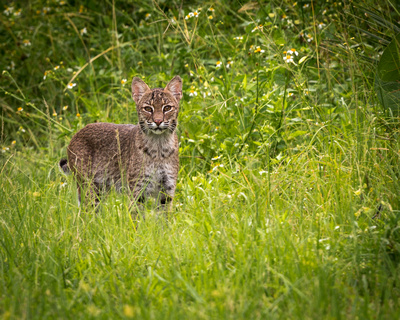 Each night a bobcat will move from one to seven miles along its habitual route. The range of a bobcat varies by location and gender: five miles in rural terrain and one to two miles in urban and suburban areas. Female bobcats have smaller territories; one male’s range may touch several females’ ranges. A male bobcat can sire more than one litter, since bobcats are polygamous. Breeding season runs from August to March, and females birth one to four kittens, after a gestation period of about two months. Thick areas of dense vegetation, such as saw palmetto, or mangroves provide cover for resting and den sites. The female raises the young alone, and she may have  multiple dens spread across her territory. 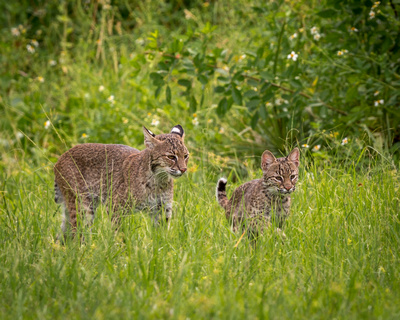 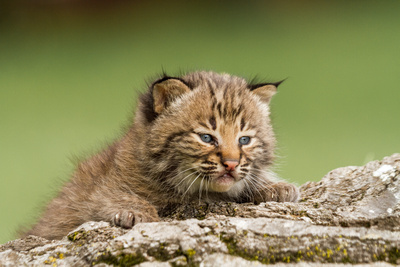 Weaning the young is a gradual process. The mother bobcat brings wounded live prey for her kittens to  to play with, so they can practice stalking and killing prey. That play helps kittens grow stronger and develop hunting skills. Kittens play-fight, wrestle, and leap over one another.  Within three to four months, kittens travel with their mother, while she teaches them to hunt. Young stay with their mothers for eight to ten months. Before they disperse, they hang around the mother’s range until they are confident hunters. Offspring generally settle within 12-25 miles of their mother, but transient bobcats have been known to go as far as 113 miles away. 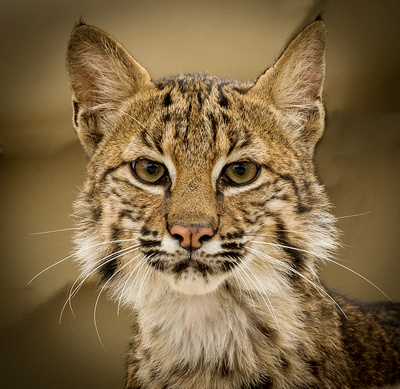 Close-up of bobcat on boat

Bobcats can live an average of 12-13 years, but only half survive to adulthood. People frequently mistake bobcats for panthers, which are extremely rare and  very shy. On average, bobcats measure about 21 inches in height and two to four feet in length; whereas panthers stand about 24-28 inches tall, and measure six to seven feet in length. The tail of a bobcat is usually about four to seven inches long, although some cats have 12 inch tails; whereas, the panther’s tail is two to three feet. A bobcat has a mottled coat. Unlike the Florida panther, our other shy beautiful cat, bobcats are not endangered in Florida, although they are endangered in Ohio, Indiana, and New Jersey. Keeping parts of Florida wild will help our beautiful bobcats continue to thrive.